FILL YOUR LIVES WITH SUPERIOR QUALITY

The Bagueri Superior wines are produced with an utmost care, from the grapes grown by our hardworking winegrowing families in the selected old vineyards, planted on the best locations in Brda. They are developed in the spirit of innovation and varietal and stylistic diversity. In the winery, grapes are processed with unique and often experimental methods. Intertwining tradition with contemporary methods, this process requires special finesse, as we strive to exceed what already exists and reach even higher levels of sophistication. When creating our boutique line, our oenologist is free to implement new approaches and methods to produce mature, structurally rich, and elegant wines, which are appreciated by experts at international competitions and wine lovers in general.

The collection of prestigious wines with a 30-year tradition, BAGUERI Superior, includes unique super premium wines, aged in wood, which push the boundaries in production of structured wines. They reflect the personal note of the oenologist as well as the specific characteristics of the individual vintage and terroir.

These wines are produced with great care, in the old vineyards, planted on the best locations in Brda. Every year, oenologists give them a unique character, which makes the collection more elaborated with time. The collection is developed in the spirit of innovation and varietal and stylistic diversity. 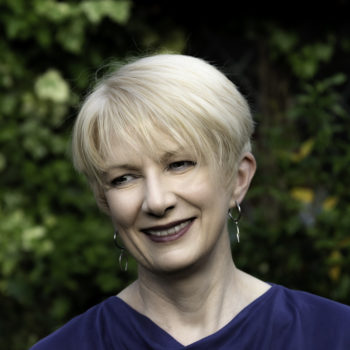 Pinot Grigio Ramato Bagueri Superior
“A bright, mid-straw gold wine with bronze tinges. It has inviting aromas of fresh-cut pear, meadow flowers, a hint of acacia and a subtle touch of oak spice. The palate delivers good intensity of juicy red apple, poached pear, and honeysuckle, supported by fine acidity and a silky finish. This is a grown-up, but elegant, modern Pinot Grigio that balances lightness and substance at the same time.” Caroline Gilby
Sauvignon Blanc Bagueri Superior
“There’s a unique style to Sauvignon Blanc grown in this corner of Europe on the green hills of Brda where Mediterranean warmth meets cool alpine breezes. This is a glowing green-gold wine with appetizing scents of green melon, fresh-cut grass, and lime zest, but this wine isn’t just about aroma, it’s vibrant and fresh to taste with lovely intensity and body. There are notes of freshly squeezed lemon, melon, elderflower and a hint of passionfruit, backed by zesty but well-balanced acidity then a lingering finish. ” Caroline Gilby
Rebula Bagueri Superior
“The region’s special grape produces its best fruit on Brda’s steep slopes and terraced vineyards. Grapes selected from the best terraced sites have been fermented in large oak vessels with a touch of skin contact, giving a complex bouquet with toasty and honey notes, candied peel, chamomile, and poached pear. To taste, the wine has lovely intensity with a saline, mineral backbone, supporting flavors of lemon, Asian pear, and a hint of pineapple. ” Caroline Gilby
Chardonnay Bagueri Superior
“Being able to make great Chardonnay is the sign of a special terroir, and this vivid golden wine shows that the hilly vineyards of Brda are just such a place. It intrigues with complex aromas of yellow plum, peach, toasted hazelnut, and citrus zest, overlaid with a subtle sheen of creamy vanilla from fermentation and ageing in top quality French oak. It has generous body and fruit, underscored by a vibrant, fresh, steely acid core and a long mineral aftertaste. This is a classy and elegant Chardonnay that is both powerful and yet refined.” Caroline Gilby
Merlot Bagueri Superior
“Mediterranean warmth meets Alpine breezes in the hills of Brda making this a truly special place for Merlot, the region’s best red grape. It’s grown on the best spots in steep terraced vineyards then hand-picked and vinified with the utmost care to produce this vivid ruby wine, with inviting aromas of plum, blackberry and cocoa nibs, and just a touch of delicate vanilla. To taste, it is ripe but still fresh and vivid, with juicy notes of forest berries, fine velvety tannins, and a lingering elegant finish. It’s drinking nicely now but also has potential for ageing for another 5 to 10 years.” Caroline Gilby
Cabernet Sauvignon Bagueri Superior
“Cool Alpine breezes meet Mediterranean sunshine in the hills of Brda. This is pure Cabernet Sauvignon selected from steep vineyards facing south-west and south-east transformed by precise winemaking and subtle oak ageing. There’s a bouquet of expressive blackcurrant, blueberry and damson, with hints of cedar and sandalwood, and well-integrated vanilla spice. This is unmistakably Cabernet Sauvignon with its firm but fine-textured tannins, and there’s also lovely fruit weight and great varietal purity with a long finish. An elegant interpretation of the grape with further potential for ageing. ” Caroline Gilby
Venture into the fascinating world of wine and food

Bagueri Superior wines are featured in several premium restaurants in different parts of the world. Their cosmopolitan nature is confirmed by the fact that they are paired with the finest cuisine in some of the best European, Asian, and American restaurants.

In our wish to offer you this premium culinary experience, we have joined efforts with local and foreign restaurants and prepared fine dishes that pair perfectly with our Bagueri Superior wines. We are convinced you will enjoy recreating them in your own kitchen.

Look through our gallery and indulge in a superior culinary evening in the comfort of your own home!

Immerse yourself in the culinary world
Bagueri and restaurants

The grapes for the Bagueri Superior wines are grown in vineyards aged between 15 and 30 years. These vineyards are covered with grass, adequately nourished, and cultivated with great care, according to sustainable production principles.

The year-round care of the vines includes everything from winter pruning, fertilisation, and summer pruning to harvest, which is still performed manually with the help of friends and family. In addition to that, more manual labour is required during the year, as only the best grapes can be used to produce the Bagueri Superior wines.

To produce premium quality grapes, the vine needs to be adequately weighed down. For Bagueri Superior wines, the weight used is lower than for other premium wines and should not exceed 1 kg per vine.

Only 40 hectares of the best quality vineyards in the Brda region meet the strict criteria for production of Bagueri Superior wines.
The secret to growing high-quality grapes is not only in selecting the best sites, but also in diligently and adequately cultivating the vineyards assigned for the production of Bagueri Superior wines.
The vineyards are covered with grass, adequately nourished, and cultivated with great care.
The vines require year-round care, everything from winter pruning, fertilisation, and summer pruning to harvest, which is still performed manually by our winegrowing families. Vineyards intended for production of BAGUERI Superior wines require even more manual labor during the year, as only the best grapes are good enough to produce these wines.

Production in the winery

Grapes from the selected vineyards are harvested when they reach optimal ripeness and immediately brought to the winery, where after removing the grapes’ stems, we cool and macerate the mash. Red varieties are macerated for 10 to 20 days, while white varieties only macerate for 6 to 12 hours. After maceration, the mash is pressed and left to mature in wooden barrels and stainless-steel vessels. We believe that the duration of contact between wine and wood should vary according to the nature of individual varieties. Our oenologist determines the optimal maturation period in wooden barrels and stainless-steel vessels for each variety and vintage.

Rebula and chardonnay Bagueri Superior mature in 225 litre barriques for at least 6 months and are then transferred to either large wooden barrels or stainless-steel vessels. With Sauvignon and Pinot grigio, only part of the wine matures in wooden barrels to prevent the aromatics of the wood to overpower their fruity notes. To produce the velvety and rich red wines, we age them in French or American barriques for at least 24 months. Their creamy texture and intensive taste are achieved with the battônage method, where we periodically mix lees with wine. All varieties go through the process of malolactic fermentation, which gives the wines their softness and pleasant buttery taste.

While aging the wines in the winery, we make sure to minimize the input of sulphur before bottling them. Sulphur is not added until the first racking and even then, only in necessary amounts.

The history of the Bagueri Superior brand is a very vibrant one. Bagueri wines were formally presented with a ceremony at Ljubljana Castle, on 22nd May 1992. Despite its initial triumph, the line was at one point almost cancelled, however, it regained its momentum and became successful again.

The idea for these wines was born at the end of the 80s, when the Winery, aspiring to produce wines of the highest quality, focused on selecting the best grapes and implementing a boutique approach in a winery, which was until then equipped for producing large quantities of wine. Selection started in the vineyards and continued at the winery, where they experimented with new wine-producing methods. At the same time, the commercial department was pioneering an avant-garde and unique image, looking for a name and elaborating pricing policies and sales channels for the line, which was even then intended solely for catering industry. The image, including the uniquely shaped and protected bottle, was designed at Klet Brda Winery in the beginning of the 90s. The Winery received several awards for the design of this line.

Consistently proving their quality over the past 30 years, Bagueri wines have received over 250 medals and recognitions at local and international wine assessments.

Oops! We could not locate your form.